The parade represents what we all care deeply about, which is helping our nursing community to develop its leaders. ONS President Nancy Houlihan, MA, RN, AOCN®

Our goal is 100% Chapter Participation

Join us for the Oncology Nursing Foundation’s 11th Annual Parade of Chapters! The entire oncology nursing community benefits from the dollars brought in by this annual event. Your generous donations provide funding for scholarships, grants, career development awards, and so much more. 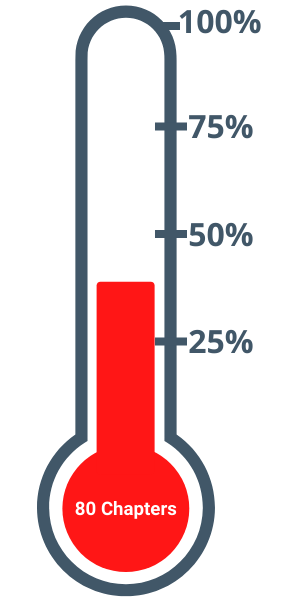 Exemplify leadership by helping your ONS Chapter participate in this year's event. We will be celebrating all of our generous ONS Chapters in a virtual parade event during the ONS Bridge conference in September.

All contributions and photos were due by August 23, 2021 for parade inclusion.

You can still make a donation by downloading this form !

Every Donation Makes an Impact

In honor of the Foundation’s 40th anniversary this year, the Oncology Nursing Society has set aside $40,000 to be unlocked by our community. If, together, we can raise $60,000 for oncology nurses, ONS will donate the additional funds to the Foundation. Learn more about the ONS Challenge

Help the Oncology Nursing Foundation in its goal to meet the ONS Challenge. The spirit of chapter leadership lives on through your giving. Together, we are making a difference!

Thank You for Your Support!